This puppy-themed fabric was the inspiration for this page.  I thought it would be a fun way to use the fabric, but I didn’t think it would end up being played with as much as the other pages.  I was wrong!  My toddler loves playing peekaboo with the puppy. 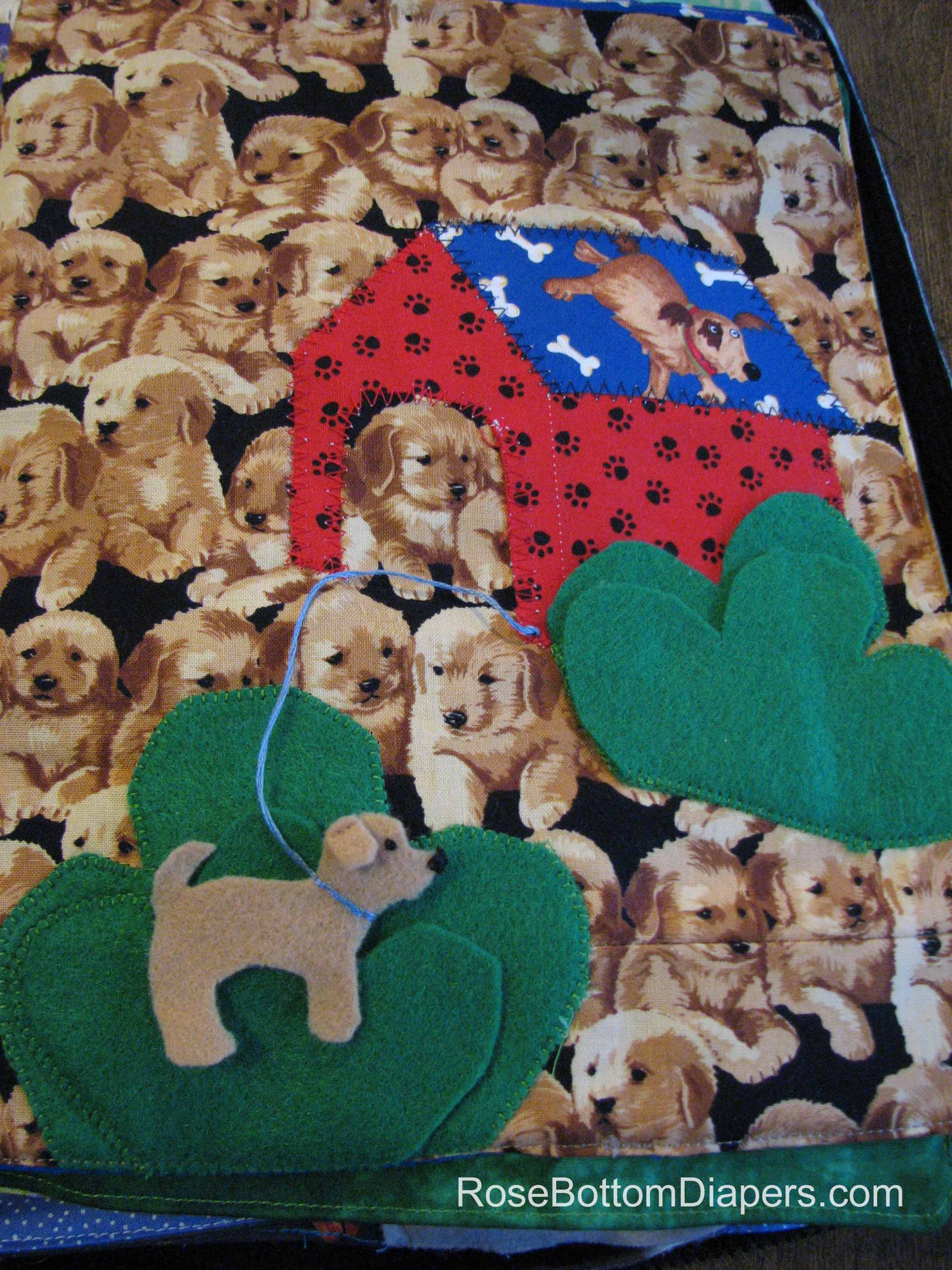 There are two bushes to hide the puppy in… 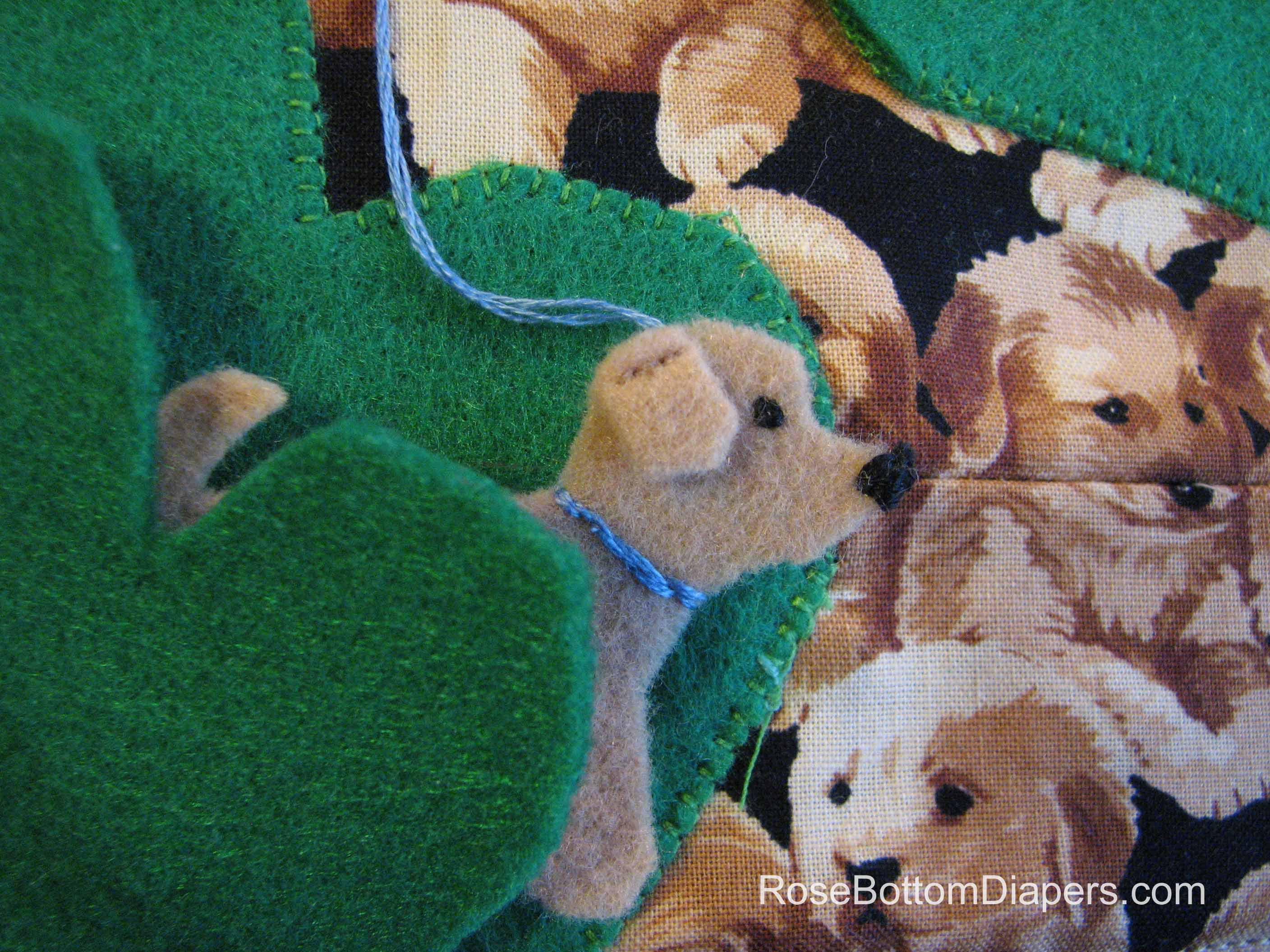 …and of course, the doghouse! 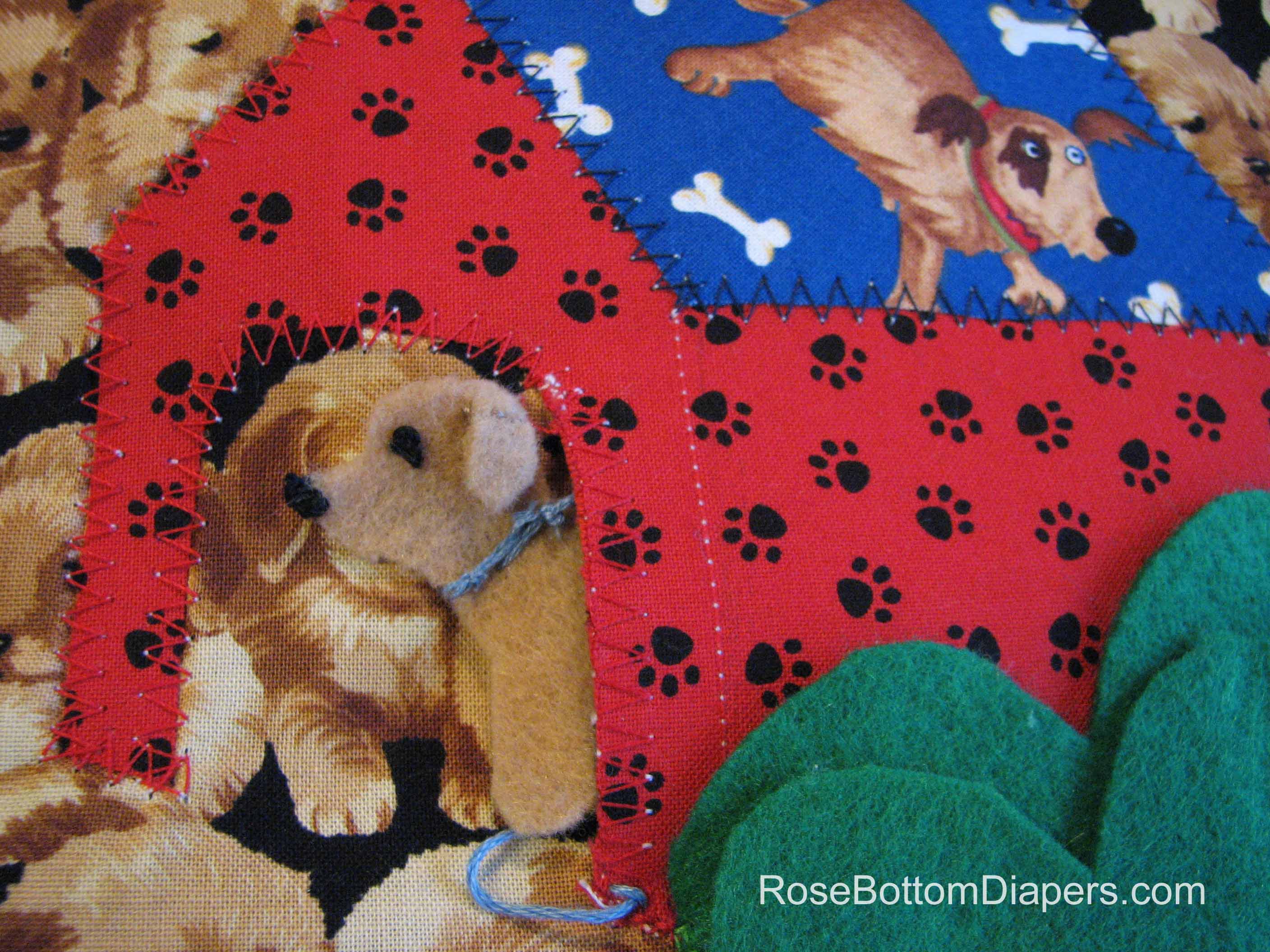 The bushes are made of two layers of felt.  The plan was originally to have the back one sewn completely to the background fabric and partially sew the front one one so the puppy could go between the bushes.  I had already finished sewing this page when I decided to add the bushes so things weren’t planned out in advance.  I blissfully sewed the bushes on and realized afterwards that one of the bushes was sewn on to the doghouse.  It actually wouldn’t have caused a problem if it was only sewn to the doghouse, but since the doghouse was already attached to the background fabric, the bush effectively sewed shut the doghouse pocket.  Oops!  Remember to plan ahead!  My seam ripper came to the rescue and I left that bush with two layers only partially sewn on.

The puppy is a single layer of felt.  I cut a rectangle with tapered ends for the ears, folded it in half, and attached it to the head so there are ears to play with on both sides.  The leash is embroidery floss.  I stitched a collar around the puppy’s neck, then left a long end for the leash which was attached to the doghouse.  The face was made with embroidery floss.  This was tricky because my stitches showed on both sides.  One side of the face looks better than the other, but overall I’m happy with how it turned out.

When I started making this I only planned on doing the doghouse so that the background fabric would be seen.  If I was making it again, I would plan ahead what other things to incorporate.  It was too late to add more by the time I thought of it for this page, but I would consider adding a tree (or at least a tree trunk) with the top and bottom of the trunk sewn, but leaving openings to form a sort of tunnel behind it.  The dog could go behind the tree, or act like a normal dog and get stuck going round and round the tree!  I would also add a food bowl and maybe a pond, puddle, or hill.