This was a fun one to make!  The star fabric was beckoning me to create something with it so I came up with this.  This is how the quiet book page looks when it’s packed up.  The star fabric was appliqued to the background.  I enjoyed this part and used a fancy star stitch for the applique.  The sleeping bag is open along the top so that it can be used as a storage pocket for the felt stars.  (This is a double width page.) 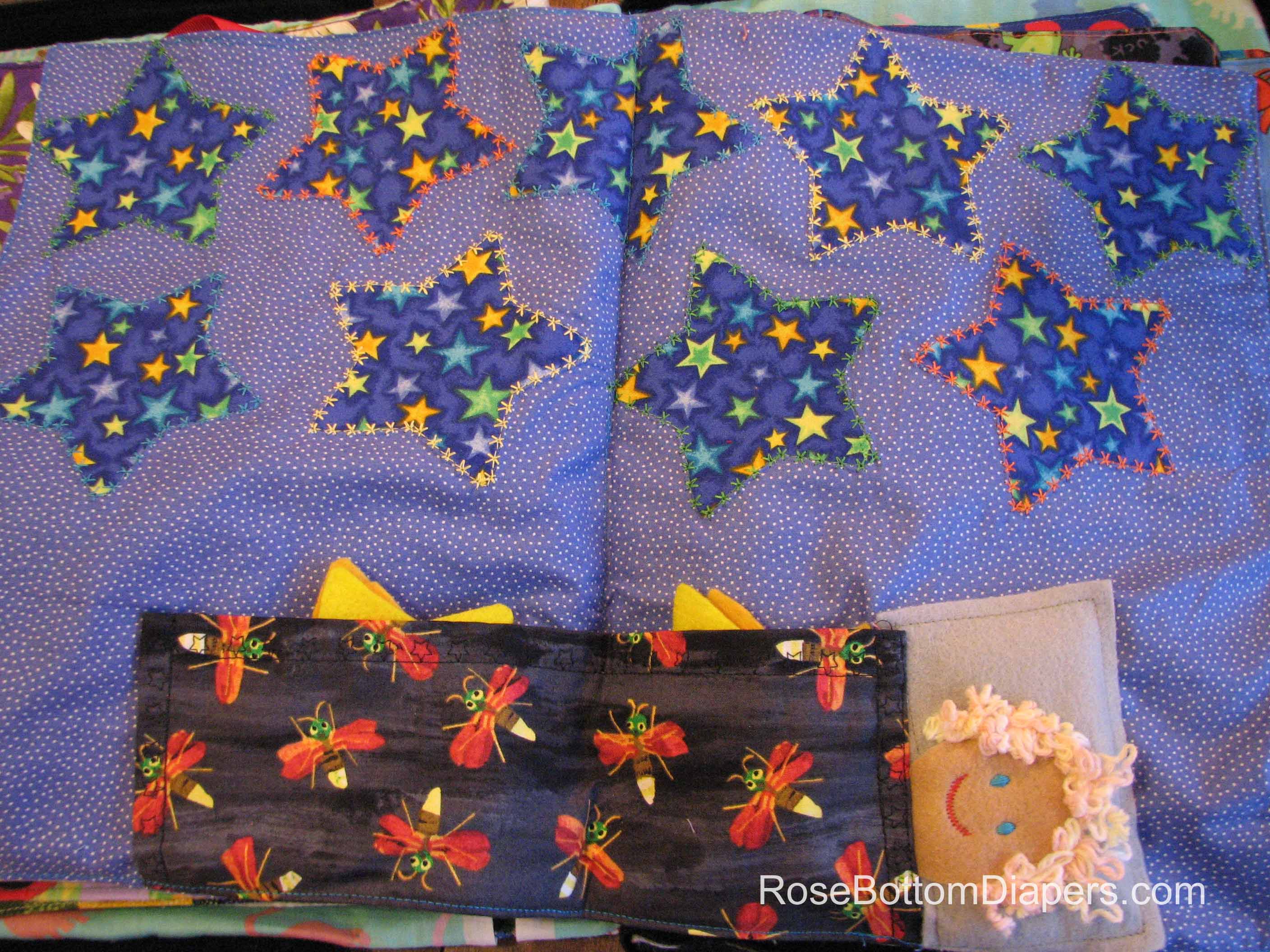 At first we just practiced matching each felt star to one of the stars on the page.  Each star has a number on it too, so that later we can add the challenge of putting them in order.  (Originally I was going to make 10 stars, but I only had enough fabric to make 9.  I also ran out of yellow felt, which is why some are an orangey shade.  Such is the obstacle of using scrap fabric, but make a pattern out of it and it almost looks planned!) 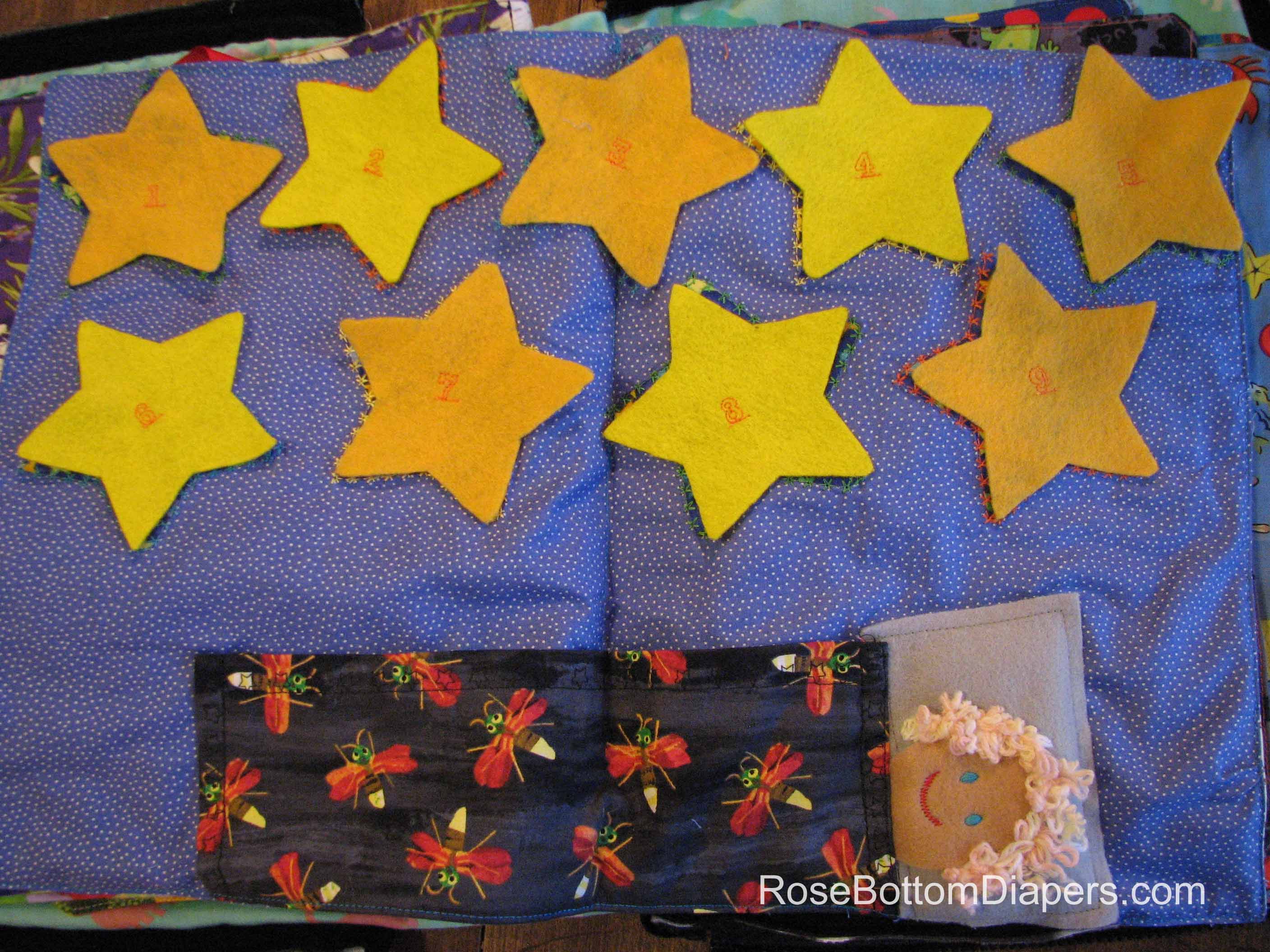 The face is made of felt.  I sewed it to the pillow before sewing the pillow to the page.  The hair is made of yarn–it wasn’t my first choice, but it was the best option I had at the time and my goal was to make this out of scraps.  I arranged the hair, sewed across the center of it, arranged more hair, sewed again, and repeated until I was happy with the result.  Then I took the pillow (with head attached) and sewed most of it to the page.  I left a small opening so that I could put some stuffing in the pillow, then finished sewing it to the page.  After that, I sewed the sleeping bag on the page, being careful to pull the edge of the sleeping bag over the bottom of the head so you can’t tell that there is no body attached to the head.