This is probably the absolute favorite quiet book page.  Double width page allows for lots of room to play.  Animal finger puppets are stored in a pocket behind the barn doors.  I cut the basic barn shape and cut the door so they can open and close, but didn’t cut it all the way out.  The are each completely attached on the hinge side.  The bulk of the puppets behind the door can make them pop open a little so I added a button and a loop for a buttonhole (since the doors don’t overlap for a traditional buttonhole). 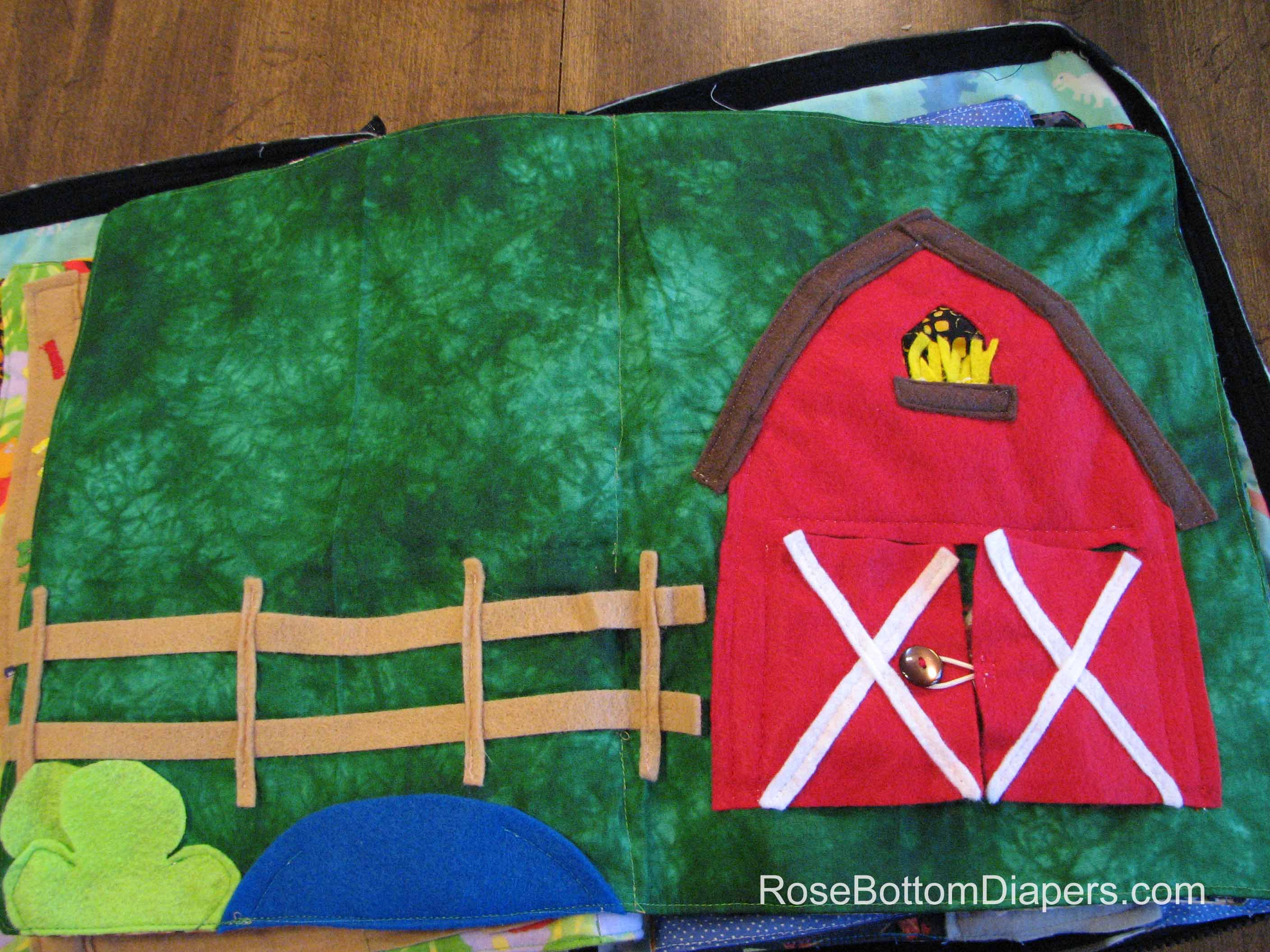 The animals are stored in this pocket.  I made a deep pocket so they would stay in place easily.  The hay in the top window is sewn in place along the bottom, but the majority of each piece is loose so it can be played with.  The background for the window was basted onto the page first, then I did a nice stitch around the window’s perimeter…though if I was making it again I’d leave the bottom open and make a pocket for an animal there. 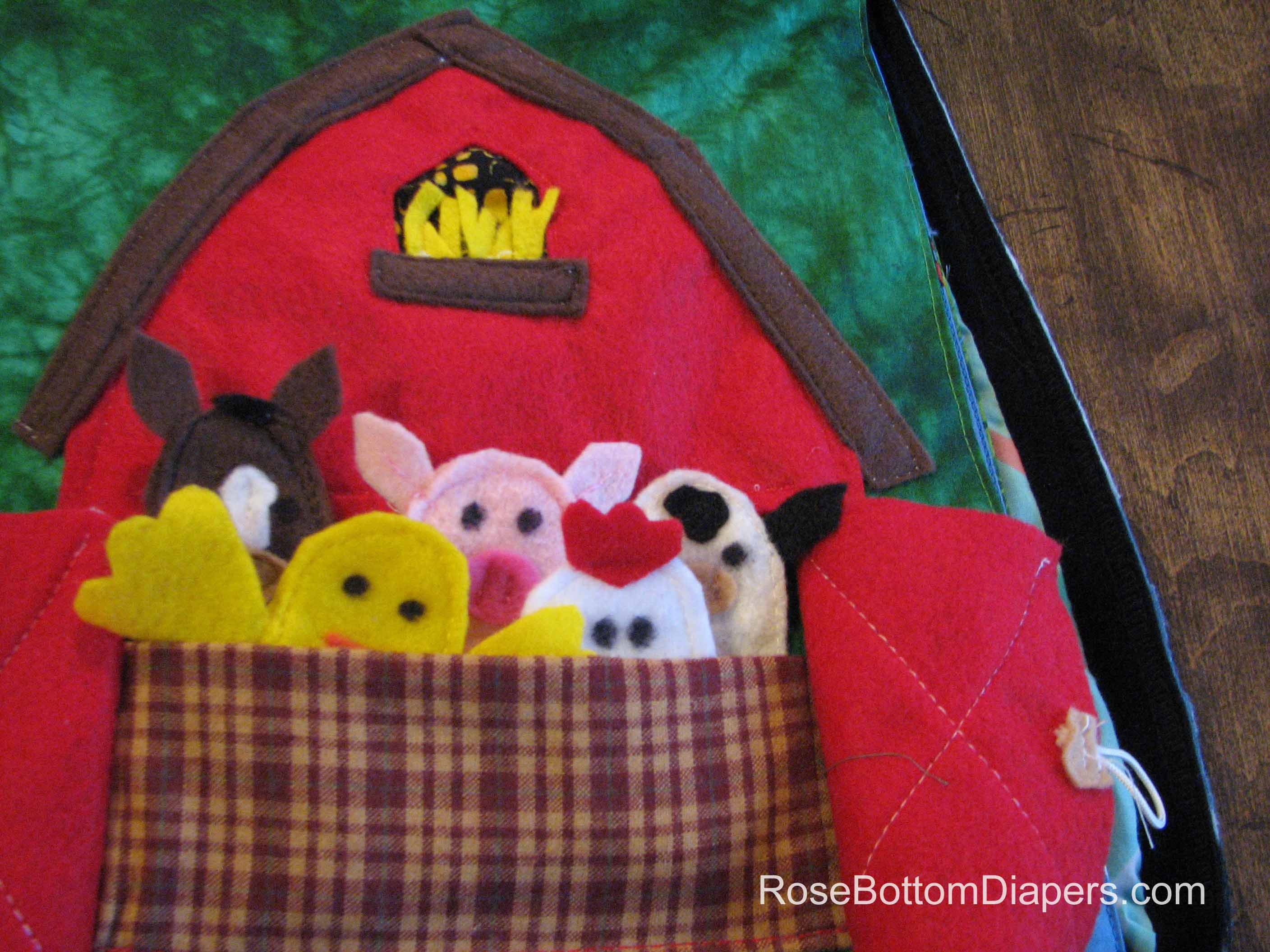 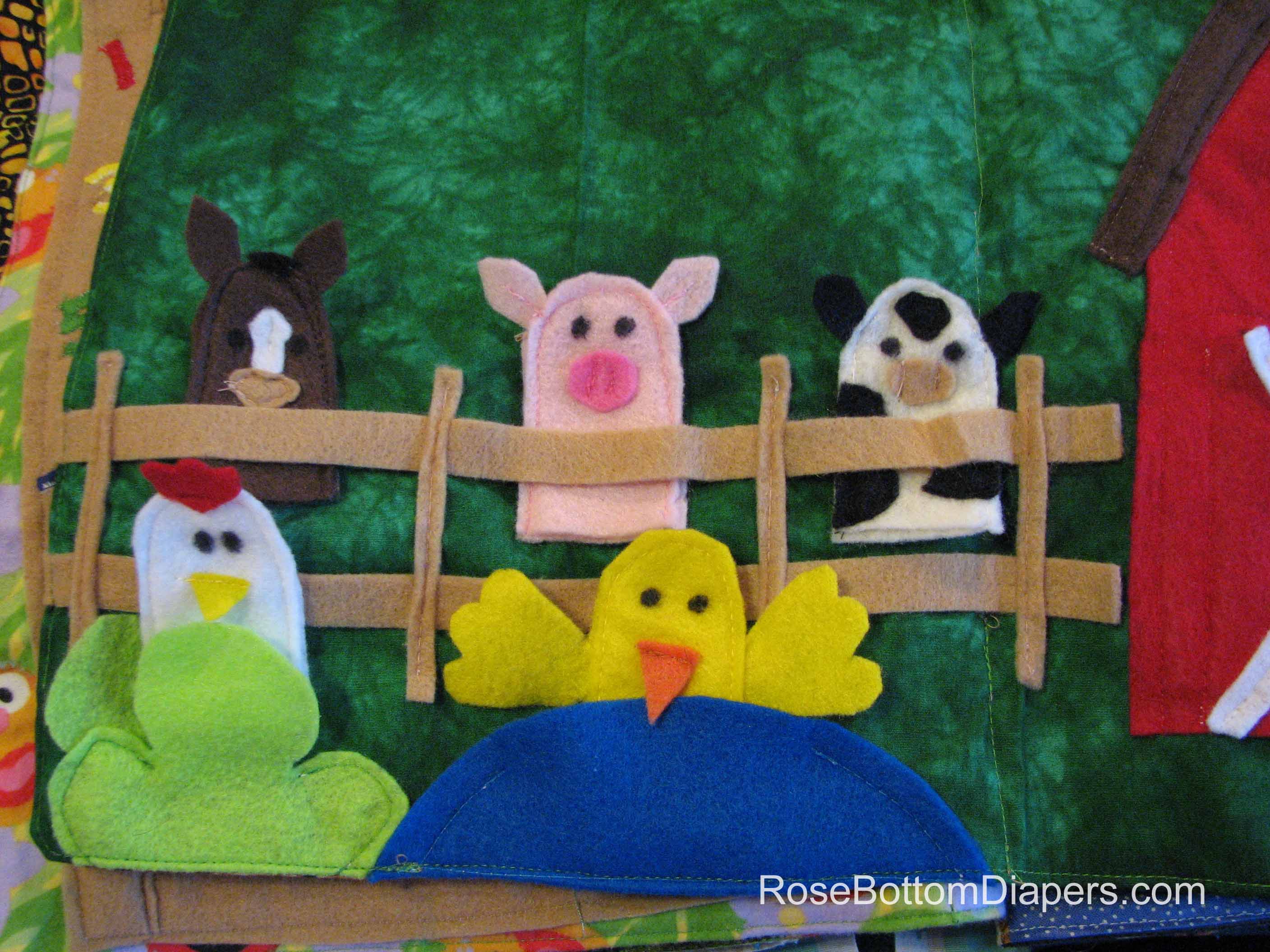 If you look closely you can see the short cuts I took making these animals. I sewed lines for nostrils on the pig’s snout, but didn’t sew the circumference.  I used permanent marker for the eyes.  I only sewed along the top for the bird’s beaks.  It’s sufficient and gives more things to play with.  (Remember to sew the faces on the puppets before sewing the front to the back or the puppet will be sewn shut.) 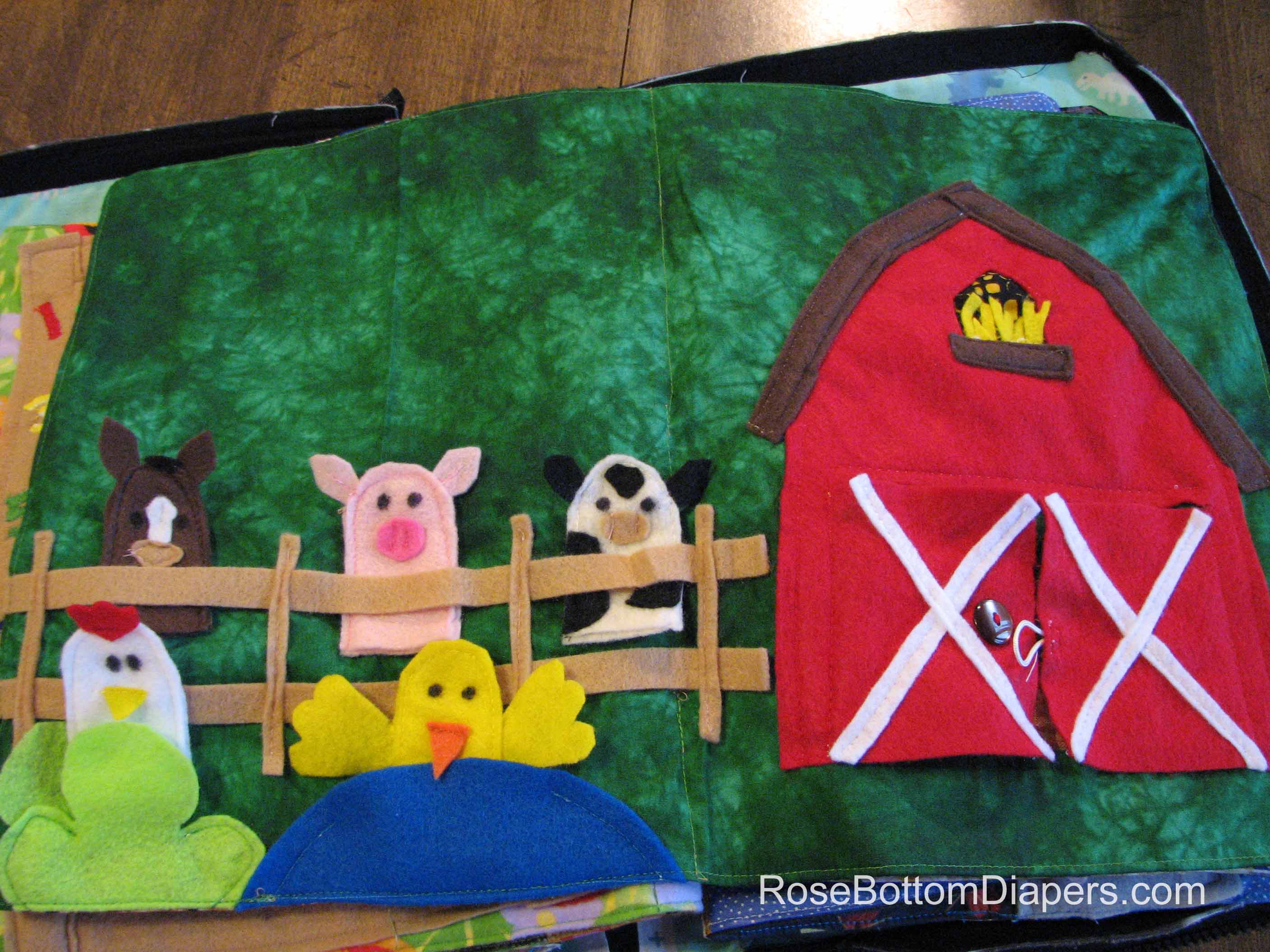 …and while this all makes for a fun scene that my toddler absolutely loves playing with, the animals go on many adventures off the farm.  They are often on my toddler’s fingers on walks, car rides, and exploring around the house.  This page is definitely a favorite!